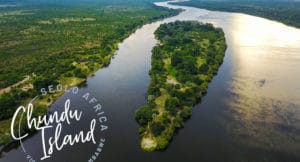 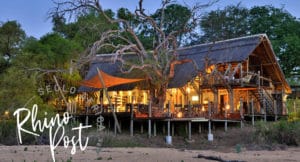 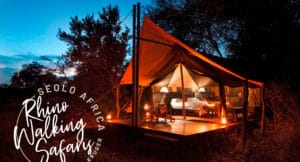 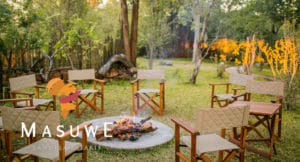 Where is Rhino Walking Safaris?

Explore the beauty of Africa as it should be
Home / Where is Rhino Walking Safaris?

Plains Camp @ Rhino Walking Safaris is located on the Mutlumuvi concession in the Kruger National Park, half an hour’s safari game drive from Skukuza Airport. The concession consists of 12 000 hectares of wilderness area just inside the un-fenced western boundary that separates the Kruger from the Mala Mala and Sabi Sand Game reserves.

Responsible and ethical eco-tourism is at our core, and animals and plant life are treated with the utmost respect. Encounter animals in their natural habitat on their terms, knowing that your pleasure is not only not harmful to nature – with no off-road driving, harassment of animals or captivity; but that a percentage of your spend goes directly toward conservation. 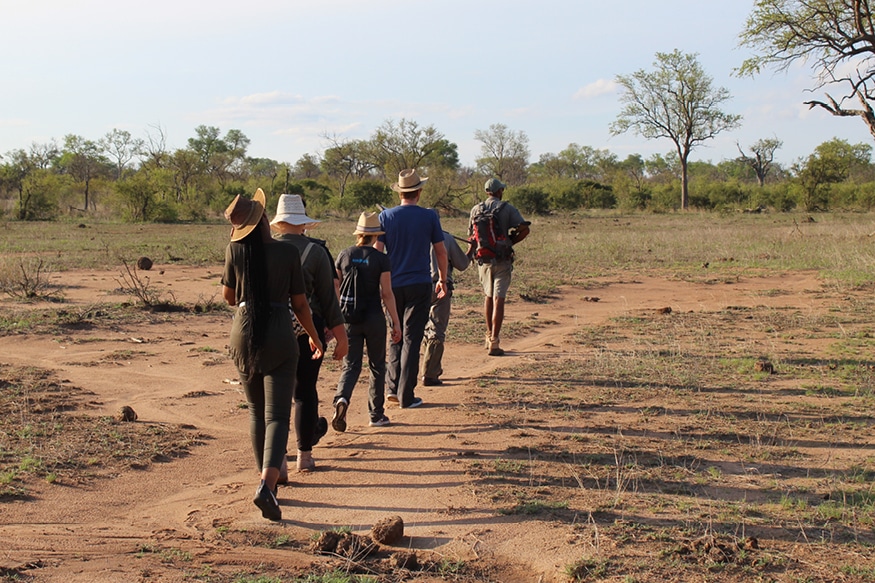 An adventurer by nature

While approximately 2 million travellers per year visit the Kruger National Park, very few have the opportunity of experiencing wilderness areas that are not open to the general public let alone have the privilege of doing so on foot. Our expert guides take massive pleasure in sharing this extraordinary honour with nature lovers and adventurers alike.

The camp itself is carefully positioned overlooking the Timbetene plain and active waterholes, ensuring that wildlife and animal interactions are visible from the swimming pool, lounge and dining area, not only while out on a walk.

WHAT’S ALL THE FUSS ABOUT THE KRUGER PARK?

The Kruger National Park covers almost 2 million hectares of beautiful, unspoilt terrain including 16 macro eco-zones. Due to its vastness, the Kruger Park boasts tremendous botanic diversity and has the world’s highest concentration and variety of species.

Over and above the much-publicised ‘Big 5’ (leopard, lion, elephant, rhino and buffalo) an impressive 147 mammal species inhabit this remarkable reserve which is a greater variety of species than in any other park in Africa. In addition, it boasts 517 bird species (including migratory birds), 49 fish, 34 amphibia, 114 reptile and over 2000 plant species (including 336 tree species and the Big Five of trees: Baobab, Fever-Tree, Knobthorn, Marula, and Mopane). All this in a conservation area that is roughly the size of Israel.

The northern half of the park, north of the Olifants River is predominantly Mopane veld, while south of the Olifants, the ecozones are thornveld. Plains Camp @ Rhino Walking Safaris, located just inside the Kruger Park’s western boundary, and about 20kms north of Skukuza, is a mixture of Bushwillow and Acacia veld with several riverbeds running through it.

Varying climatic conditions impact on the type of vegetation within an ecosystem and this, in turn, affects the distribution and population densities of various animals. An exciting feature of the area in which our concession is found, are the sodic open plains. These vast expanses with short grass attract high concentrations of wildlife and are the result of sodium leaching out of the soil and accumulating in these areas.

Scattered throughout the Park’s predominantly Savanna biome are ancient archaeological sites and bushman paintings, thousands of years old trees, fascinating rock formations and the Lebombo Mountains which make up the western boundary between the Kruger Park and Mozambique. Six major rivers cross the park from west to east of which the Sabie River is the only remaining perennial river.

Before the Kruger Park was declared a national reserve in 1884 by President Paul Kruger, the game had been almost completely wiped out by hunters. Since then it has grown under the careful curatorship of South African National Parks (SANParks) into a world-renowned safari destination with a network of 1 800kms of well-maintained roads and more than 290 000 large animals, attracting more than 1 million visitors per year.

Today the fascinating and varied Kruger Park wildlife includes everything from aardvark to zebra as well as intriguing unrelated species such as baboons and baboon spiders.

The Kruger National Park boasts the world’s highest concentration and diversity of species. And at Plains Camp @ Rhino Walking Safaris and Rhino Post Safari Lodge guests have the opportunity to encounter a wide variety of traditional African big game including the Big 5: buffalo, elephant, leopard, lion and black & white rhino. 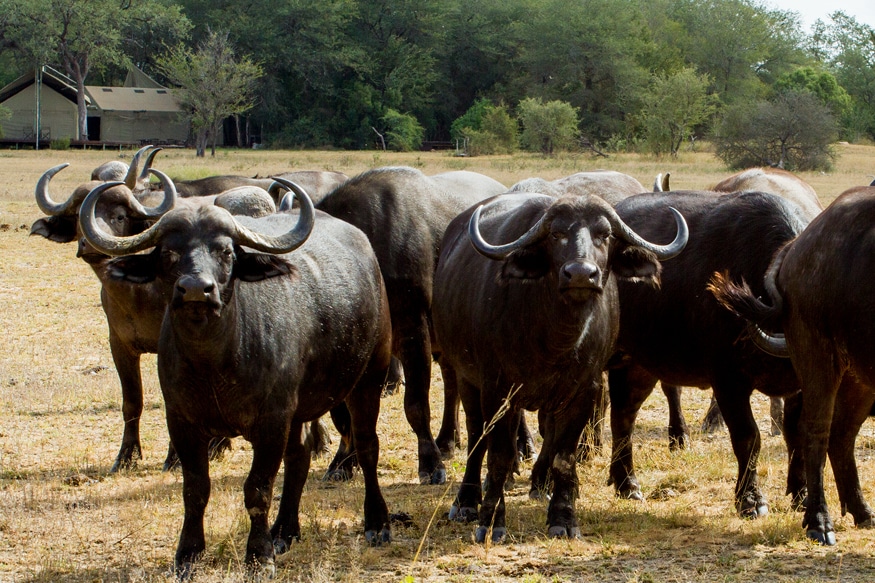 Common species found in the park include hippopotamus, crocodile, giraffe, zebra, warthog, numerous antelope species and reptiles as well as the some of the rarer species such as cheetah, wild dog, honey badger, pangolin and aardvark. There is never a shortage of interesting animals to look out for. 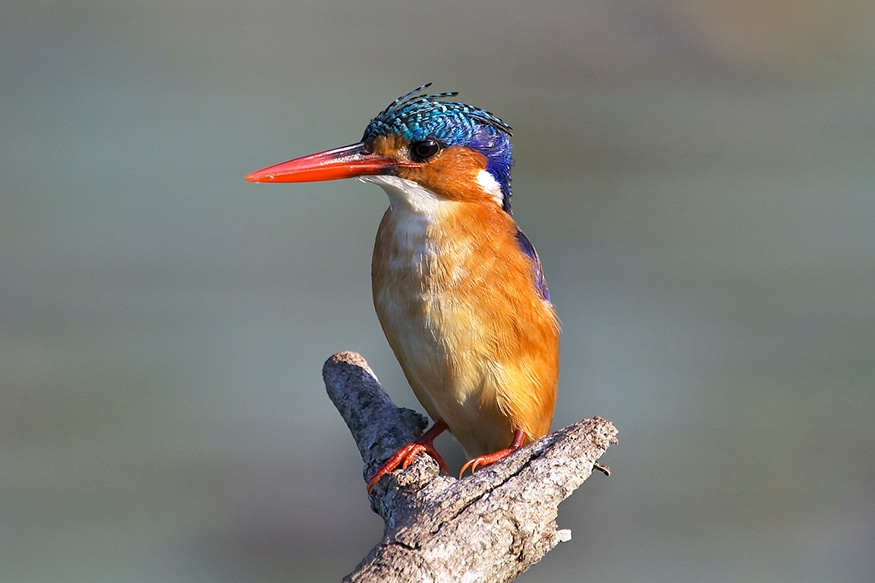 Kruger is home to more than 500 species of birds (including migratory species), some of which are not found anywhere else in South Africa. Tailor-made birding safaris are available from both Plains Camp @ Rhino Walking Safaris and Rhino Post Safari Lodge. Birders can look forward to pursuing the Big 6: Ground Hornbill, Kori Bustard, Lappet-faced Vulture, Martial Eagle, Pel’s Fishing Owl and the Saddle-bill Stork.

The Kruger Park climate is hot in summer with temperatures between 24º C and 37º C during the day (and on rare occasions up to 40ºc, cooling in the evenings to between 12º C and 20º C). The weather is cool to cold in winter, with usually warm days and chilly evenings. (Maximum 27º C and minimum 3º C).

Plains Camp @ Rhino Walking Safaris and Rhino Post Safari Lodge our sister camp; are situated in a wilderness concession. Zoned wilderness areas are very few and far between. The most crucial factor is that they are not developed with road networks and have no off-road driving – making them wholly wild and unspoilt. A pristine wilderness area may not even have an aircraft fly over it; we are, however, a primitive wilderness area which allows for only very well-managed and supervised recreational use and stringent conservation ethics. 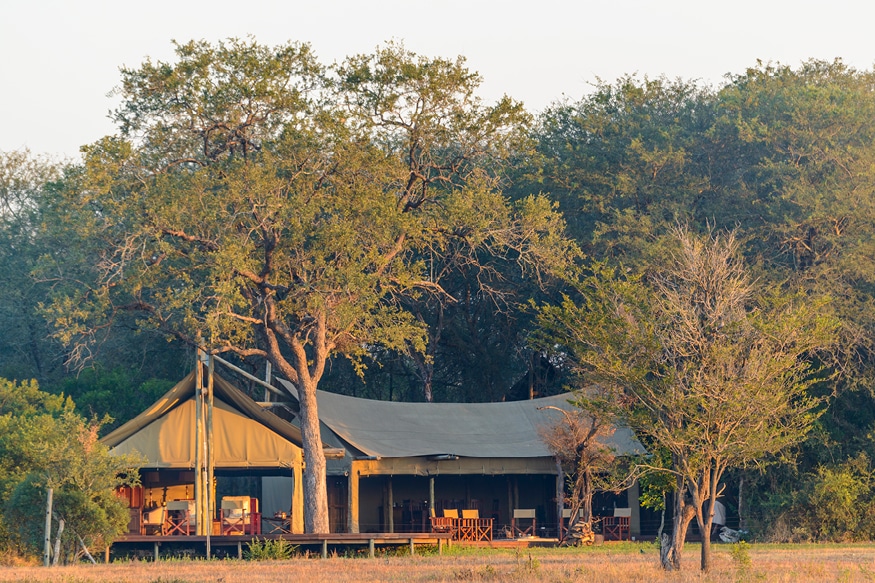 The animals in these areas are not habituated, and there is no damage to nature. These areas are zoned in such a way either because they are fragile environments, contain rare species or simply because they are good grazing areas for game, and so is the obvious choice to protect biodiversity for future generations. In our case, it’s all three. It’s an excellent game grazing area, has sodic patches which make it fragile in terms of erosion, and have the following rare species seen intermittently: 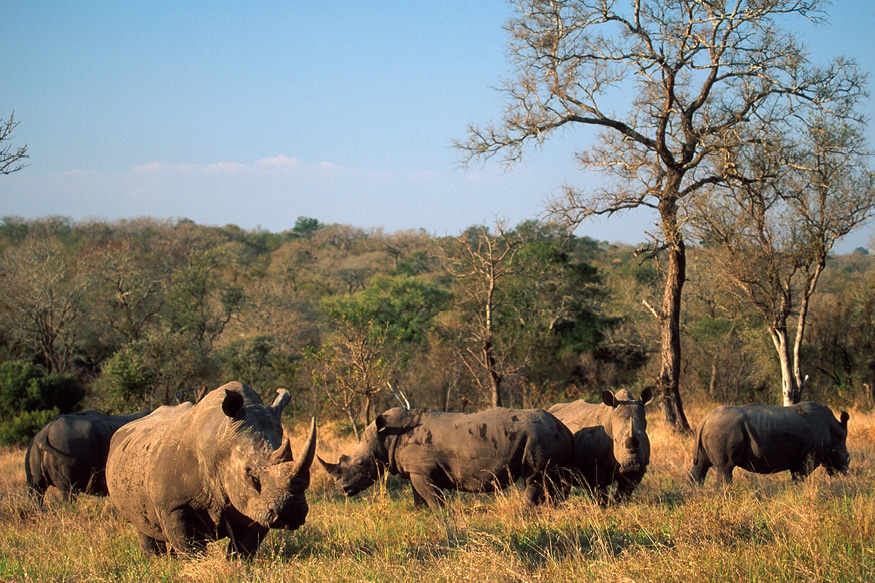 The best time to travel for

Good all year round, but more predictable from April to September. May to August are cooler months and April to October are dry months, making game viewing easier as there is less foliage, few or no casual water pans and animals are drawn to waterholes and rivers.

November to March, when wildflowers and trees are in bloom, migrant birds return, lush conditions and plentiful water makes it the optimal season for babies to be born.

April, May and September have the mildest temperatures. In the summer months the temperature ranges between 13 and 35º C, with rainfall sarting mid-October. The Kruger Park is not subjected to weather extremes such as gale-force winds, cyclones or snow. It does however have spectacular sunsets and afternoon thunderstorms in the summer months.

Ask about our special rates

Low season rates apply from 1 May to 31 July, with great specials often occurring in February, May and June. For more information email us: info@seoloafrica.com

This website uses cookies to improve your experience while you navigate through the website. Out of these cookies, the cookies that are categorized as necessary are stored on your browser as they are essential for the working of basic functionalities of the website. We also use third-party cookies that help us analyze and understand how you use this website. These cookies will be stored in your browser only with your consent. You also have the option to opt-out of these cookies. But opting out of some of these cookies may have an effect on your browsing experience.
Necessary Always Enabled
Necessary cookies are absolutely essential for the website to function properly. This category only includes cookies that ensures basic functionalities and security features of the website. These cookies do not store any personal information.
Non-necessary
Any cookies that may not be particularly necessary for the website to function and is used specifically to collect user personal data via analytics, ads, other embedded contents are termed as non-necessary cookies. It is mandatory to procure user consent prior to running these cookies on your website.
SAVE & ACCEPT